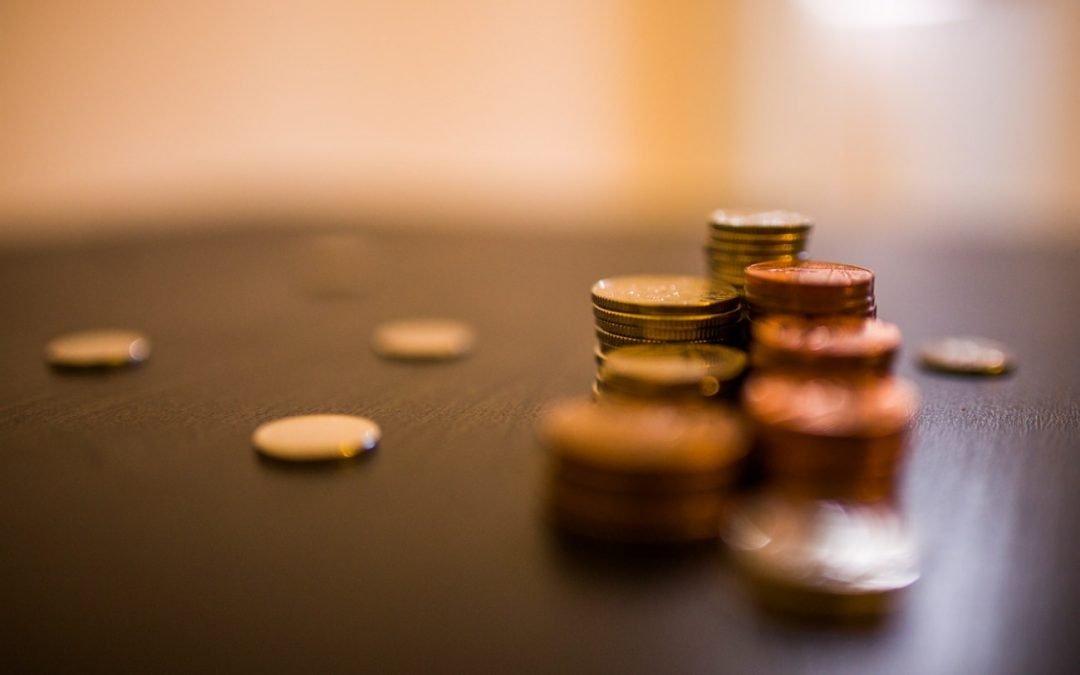 When a partner leaves a law firm that is dissolving or bankrupt, special issues arise, as the following cases and situations illustrate. Knowing that their firm is on the rocks, partners may leave and take with them the firm’s most profitable clients. This will often accelerate the firm’s “death spiral.”

Other issues arise when a lateral partner moves to a new firm that then becomes bankrupt shortly thereafter.

Some of the issues are:

Jewel v. Boxer is a 1984 California Court of Appeal case that has lent its name to a clause used by many dissolving firms, as discussed in greater detail in the case that follows this one.

In 1977, the law firm of Jewel, Boxer and Elkind was dissolved by the agreement of its four partners, who went on to form two new firms. Three associates employed by the old firm went to one of the new firms.

As the court noted:

After dissolution, the new firms represented clients under fee agreements into between the clients and the old firm. Two of the former partners filed a complaint for an accounting of these fees, claiming that they were assets of the dissolved partnership.

The court noted that:

The court also noted that:

There are sound policy reasons for applying the rule against extra compensation to law partnerships. The rule prevents partners from competing for the most remunerative cases during the life of the partnership in anticipation that they might retain those cases should the partnership dissolve. It also discourages former partners from scrambling to take physical possession of files and seeking personal gain by soliciting a firm’s existing clients upon dissolution.

Thus, the court concluded that:

In 2014, the New York Court of Appeals found that the estates of bankrupt law firms are not entitled to claim hourly fees for unfinished client matters earned by partners who move on to new firms. The decision arose from the bankruptcies of two major firms.

In 2008, the partners of the law firm Thelen LLP voted to dissolve the firm, which was insolvent. The partnership agreement included an “unfinished business waiver” that read:

This kind of waiver is referred to as a “Jewel Waiver,” and is based on the California case discussed above.

The trustee sought to avoid the “unfinished business waiver” as a constructive fraudulent transfer:

On the assumption that pending hourly matters were among a law firm’s assets, [the trustee] argued that Thelen’s partners fraudulently transferred those assets to individual partners without consideration when they adopted the “Unfinished Business Waiver” on the eve of dissolution.

The court was asked to rule on the following question:

Under New York law, is a client matter that is billed on an hourly basis the property of a law firm, such that, upon dissolution and in related bankruptcy proceedings, the law firm is entitled to the profit earned on such matters as the ‘unfinished business’ of the firm?

In 2005, the Coudert Brothers LLP law firm dissolved in accordance with its partnership agreement. The firm’s partners were subsequently hired by other firms, and they continued to do work for Coudert’s former clients.

In 2006, Coudert filed for protection from its creditors under Chapter 11 of the Bankruptcy Code. The administrator of the bankruptcy estate brought 13 adversary proceedings against the firms that had hired former Coudert partners, based on the “unfinished business” doctrine. The administrator argued that the defendant firms were liable to Coudert for any profits derived from completing client matters that former Coudert partners had brought to their new firms.

Ruling — The court noted that:

Generally speaking, the unfinished business doctrine provides that profits arising from work begun by former partners of dissolved law firms are a partnership asset that must be finished for the benefit of the dissolved partnership, absent an agreement to the contrary. The doctrine rests on the legal principle that because departing partners owe a fiduciary duty to the dissolved firm and their former partners to account for benefits obtained from use of partnership property in winding up the partnership’s business, they may not be separately compensated.

However, said the court, “client matters are not partnership property.”

Treating a dissolved firm’s pending hourly fee matters as partnership property, as the trustees urge, would have numerous perverse effects, and conflicts with basic principles that govern the attorney-client relationship under New York law and the Rules of Professional Conduct. By allowing former partners of a dissolved firm to profit from work they do not perform, all at the expense of a former partner and his new firm, the trustees’ approach creates an “unjust windfall”…

The court thus concluded that a client matter is not firm property.

In 2011, the large law firm of Howrey LLP collapsed. As the firm’s troubles mounted, partners left to join new law firms.
On March 3, 2011, the firm’s bank prohibited it from using cash collateral without the bank’s express consent. Six days later, the firm’s remaining partners voted to dissolve the partnership. When they voted for the dissolution, the partners approved a “Jewel waiver,” as discussed above. The Jewel waiver purported to waive all of the partner’s rights, as well as the partnership’s rights, to the partnership’s “unfinished business.”
Eight law firms, including Jones Day, Seyfarth Shaw LLP and Perkins Coie LLP, that took in one or more former Howrey partners were sued by Howrey’s Chapter 11 bankruptcy trustee. Some of the partner’s had left before the dissolution, and some after. The trustee sought profits associated with the hourly fee work the partners performed on Howrey’s “unfinished business” after they left the old firm – about $20 million in billings.
The bankruptcy court held that the trustee could seek profits associated with the partners who left after the dissolution under a fraudulent transfer theory, and could seek profits associated with partners who left before dissolution via an unjust enrichment claim.
However, the US District Court for the Northern District of California disagreed, noting:

The trustee’s conception of the unjust enrichment claim also leads to bad public policy. Lateraling between firms is the reality of law practice today and has been the reality for many years. As the trustee candidly acknowledged at the hearing, its unjust enrichment theory threatens to impose the heavy hand of court-ordered “equity” on these completely normal career moves. (Emphasis added.)

A clawback provision is a contractual clause that allows an employer to get back compensation paid to an employee.

In many law firms, partners receive periodic draws based on the firm’s expected profits. Partners (including lateral partners) may be required to disgorge draws or other distributions if the amounts exceed what was permitted under the partnership agreement – for example, when expected profits fail to materialize.

The clawback issue often comes into play when a firm fails, as the following example shows.

In 2015, a former Dewey & LeBoeuf partner settled a $1 million clawback suit brought by the liquidating trustee for the bankrupt firm. The firm was formed in 2007 by the merger of LeBoeuf Lamb and Dewey Ballantine and once employed 1,300 lawyers. Only after the merger, members of the firm realized that the LaBoef partners had higher “participation targets” (projected shares of the firm’s profits) than those from Dewey. The firm then raised the targets for the Dewy partners.

The pressures of adjusting to the merger, along with the economic downturn of 2008, led the firm’s revenues to fall almost $150 million from 2008 to 2009.

According to the trustee, the firm was insolvent by January 1, 2009 and remained so until it filed for bankruptcy in May, 2012. The firm left debts estimated at $315 million to $560 million. The trustee claimed that partners continued to receive bonuses and other distributions based on profits the firm never earned, and that the firm chose to pay its partners rather than its creditors. The trustee claimed that by not paying back the distributions Dewey made to them while the firm was insolvent, a number of the firm’s partners breached their partnership agreement.

The agreement stated that compensation for equity partners was based on the profitability of the firm. It required partners to return any payment in excess of their share of the firm’s income. The trustee alleged that former partner Vivian Polak was paid $988,864 between 2009 and 2012. Polak left the firm two years before the bankruptcy filing, after being with the firm for 25 years.

Earlier, 444 of the firm’s partners paid into a “Partner Contribution Plan,” a global settlement to release the partners from liability for the firm’s debts. The total settlement amount was $71.5 million.

When a firm goes bankrupt, a distribution to partners may be challenged as a fraudulent transfer under § 548 of the Bankruptcy Code.

A struggling firm may attract a partner from another firm who is known as a “rainmaker” by offering that partner attractive minimum compensation or bonuses. If that compensation exceeds the reasonable value of the partner’s services by the time the firm fails, that compensation may also be at risk.

Under section 548(a)(1)(B)(ii)(IV) of the Bankruptcy Code, a transfer made within two years before a law firm goes bankrupt may be set aside if the firm received less than reasonably equivalent value for the amount paid. Thus, a hiring bonus that was designed to reflect the value of work brought in over more than a two-year period may be suspect. This section applies regardless of whether the firm was solvent at the time of the hire.

This is only a brief sampling of cases and issues involving bankrupt and dissolving law firms. Of course, the law in this area varies from state to state.

Lateral Moves: A Guide for Partners and Law Firms is available now on Amazon.